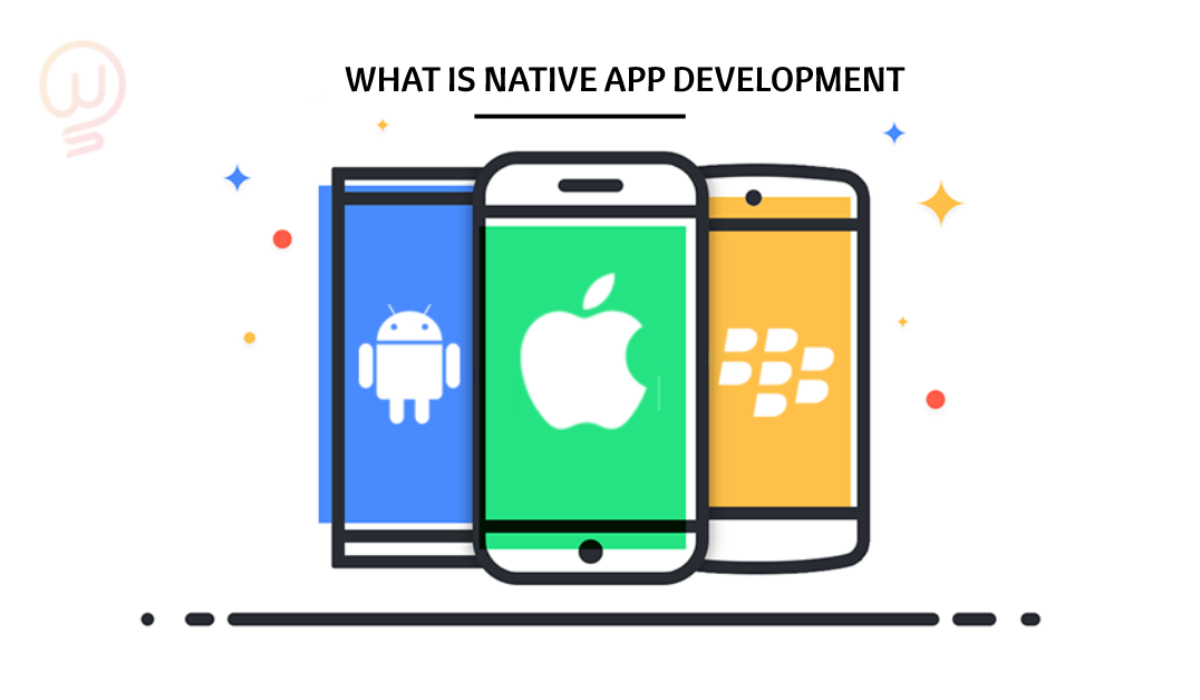 According to BuildFire, more than 4 million apps for 3.2 billion mobile phones are available worldwide in Appstore and Google Play. Developing a mobile application has become a priority for many companies, but choosing a development approach is often difficult as the lines between options become more and more challenging. This article looks at developing native mobile applications and the benefits of using this specific development method. If you are interested in bringing a mobile application to market, you have to make one of the most important decisions: choose between native or cross-platform mobile app developments.

Choosing one or the other has long-term implications in terms of cost, time, and functionality. In this article, we will explain in detail Native Mobile Applications and their pros and cons.

What Is Native Mobile App Development?

Native mobile apps don’t run in the browser, unlike websites and web applications. You’ll need to download them from specific app stores like the Apple App Store and Google Play. Once installed, you can easily access any application just by tapping its icon on your device screen.

Native apps are known to provide a great user experience because they typically perform very well. The user experience is also improved as the visuals are adapted to the UX platform. However, smaller companies are concerned about the high cost of native apps, as the development of both platforms must be done simultaneously.

Unlike mobile website development, native mobile application development requires different skills and technologies. In Native Apps, no concern about browser performance and compatibility. You can use the native capabilities of mobile OS to provide the UX (user experience) and achieve the functionalities of your application.

When developing native mobile apps, the app is built and optimised for a specific platform. Thus, the app shows an exceptionally high level of performance. Native apps are high-speed and responsive as they are created and compiled for that particular platform using API and core programming language platforms. This makes the application much more efficient. The device saves the application so that the software can use the processing speed of the device. When users navigate a native mobile app, the content and graphics are already stored on their phone, which means fast loading times.

Web applications are based on different browsers and primary technologies, for instance, JavaScript, HTML5, and CSS. Developing a native mobile app is a great way to ensure reliable data protection for your users.

Native mobile apps run much smoother when it comes to user input and output. These applications inherit their devices’ operating system interfaces, making them look and feel like an integral part of the device.

The most favourable advantage of native mobile applications is the more excellent user experience. Native applications are created precisely for an operating system. They adhere to guidelines that eventually improve the user experience and are tailored to the particular operating system. The application is more natural as it has a platform-specific UI. Following specific guidelines eliminates the learning curve and allows users to interact with applications through actions and gestures with which they are already familiar.

Native applications are developed for a specific platform and make full use of the software and functions of the operating systems. These applications can directly access the device hardware such as GPS, camera, microphone, etc., so that they are faster to execute, which ultimately leads to a better user experience. Push notifications are another great benefit when choosing native app development. Push notifications go through the iOS server (APNS), which needs your App Bundle ID, and the same with Google Cloud Messaging (GCM).

It is much more difficult to maintain two different applications in one code base than it is to hold two applications in two code bases. When developing native apps, you have less dependency on the occurrence of errors because you don’t have to rely on a cross-platform tool like Xamarin or Cordova. Hybrid applications access hardware across a bridge that often slows development and can become an unsatisfying user experience.

This problem occurs when new versions of Android and iOS are released. Native applications developers have access to new software development kits (SDKs) to build their apps with the latest features. Because of this latency, native app users have access to new platform features when they update the operating system.

When developing hybrid apps, developers rely on a cross-platform development tool such as Xamarin or Cordova. Developers have to wait for the device to support them whenever new features are released in the UI kit. When developing a hybrid app, there is an extra layer that has no control over, increasing the chance of errors. Bugs are a big problem in mixed application development when working with the latest features that have been released for a particular operating system. This is a crucial and often unnoticed part of generating loyalty among users.

Native and cross-platform developments have different advantages and disadvantages. Eventually, their choice depends on the needs of the project and the skills of the developers involved.

Native apps could be the best choice when it comes to user experience and performance. Although they are more expensive, you will be satisfied with lower error rates and better images.

Cross-platform applications are quick and easy to build, but it will take more effort to deliver the same user experience on each platform. Still, have questions about choosing a native or cross-platform development? Get professional advice from our experts at The Dev and Test Guys

Leave a Reply Cancel reply
We use cookies on our website to give you the most relevant experience by remembering your preferences and repeat visits. By clicking “Accept”, you consent to the use of ALL the cookies.
Cookie settingsACCEPT
Manage consent

This website uses cookies to improve your experience while you navigate through the website. Out of these, the cookies that are categorized as necessary are stored on your browser as they are essential for the working of basic functionalities of the website. We also use third-party cookies that help us analyze and understand how you use this website. These cookies will be stored in your browser only with your consent. You also have the option to opt-out of these cookies. But opting out of some of these cookies may affect your browsing experience.
Necessary Always Enabled
Necessary cookies are absolutely essential for the website to function properly. These cookies ensure basic functionalities and security features of the website, anonymously.
Functional
Functional cookies help to perform certain functionalities like sharing the content of the website on social media platforms, collect feedbacks, and other third-party features.
Performance
Performance cookies are used to understand and analyze the key performance indexes of the website which helps in delivering a better user experience for the visitors.
Analytics
Analytical cookies are used to understand how visitors interact with the website. These cookies help provide information on metrics the number of visitors, bounce rate, traffic source, etc.
Advertisement
Advertisement cookies are used to provide visitors with relevant ads and marketing campaigns. These cookies track visitors across websites and collect information to provide customized ads.
Others
Other uncategorized cookies are those that are being analyzed and have not been classified into a category as yet.
SAVE & ACCEPT